Skip to content
Search
Close
There are many myths prevailing  about Indian palmistry and few of most common beliefs are
that  one who has a long Line of Saturn  or Fate line is rich man . Other most common belief is that a person with a short Line of Life has a short life. And if  long Line of Life is bisected by the Line of Mercury it   proves dangerous for his life.
Most interesting saying is that if  lines of marriage are more than one in hand , then the person has many   marriages, which  is  wrong according to world  famous indian palmist Nisha Ghai. According to her   So called  marriage line reveal  sexual potential of a person not number of marriages.. More number of marriage line or association line or as per her sexuality lines  depicts good quality of sexual life and  long lasting relations.
When I  Nisha Ghai  Indian Palmist  studied the hands of my acquaintances,  I began to doubt the validity of this knowledge. This was because many of my close friends had no Line of Saturn but were rich, while I saw a long Line of Saturn on the hands of many of my acquaintances living in poverty. I came across the hands of a number of persons according to whose Line of Life, they should have died at middle age, but were hail and hearty, right in front of me, even at the age of 75.
To remove my doubts, I studied more and   examined more hands and found out that Line of Fate is actually line of effort . It shows the quality of efforts done by person. To know financial status of person many other lines and factors of hand are
considered which normally people do not bother to check which play important role in our life.
Blog by  # best # palmist #  India # Delhi 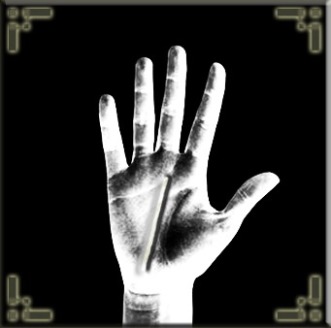 Destiny  can be changed with proper astro guidance and solutions.
The famous Indian palmist  Dayanand Verma   and Nisha Ghai Director Institute of palmistry  one of the  best palmistry training center  to learn palmistry in India Delhi are doing research in the field of scientific aspects of vedic palmistry since 30 years. According to their research palmistry is related to Human Psychology. It is a study of unconscious mind. It is a science related to our brain and thinking power and we can change our lines through our will power thus we can change our fate.

rint , hand analysis , life purpose.  In our course remedies  Remedies and solutions are also suggested for betterment  In short we  teach you to know your life patter and purpose.